We should have named him Harold. Or Frank. Frank sounds like he would be a good sleeper, right? And Harold, well--Harold would never throw his toys at your face. Tim. Tim's a nice name, a nice guy. Tim doesn't dump a bag of Goldfish crackers into your cart at Target, Tim doesn't chew his cake pop and then let it fall slowly from his mouth and onto the floor the minute a stranger says how cute he is. 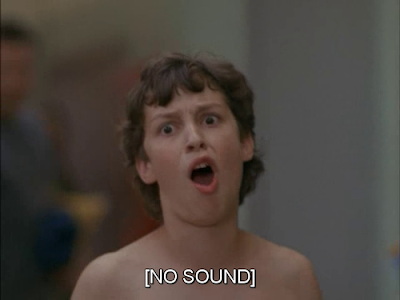 But Ozzy does. All of this and then some. Which is what we get for giving him the same name as the Prince of Darkness, even if we totally didn't name him after that Ozzy at all. Whatevs. Because my Ozzy doesn't sleep lately. Like from midnight until 5am, and then during the day he is a two year old nightmare on Crocs, yadda yadda, mommyblaaaahg, it's so hard and all that. As hackneyed as ripping the heads off of bats.

Tell you what else is hackneyed--because when he gives me a hug I fucking love him so much. I love him even before he hugs me, love him even as the chewed up cake pop falls down his shirt like a wet piece of poo and the stranger backs away with that small, horrified smile. I love him.

Though I will say this, not unrelated: I have been perfecting my 80's punk Pandora station. The Clash, Suicidal Tendencies, Bad Brains, Violent Femmes with a little New Wave and Ska to soften the blow--Talking Heads, The Specials. This is what I listen to on my headphones when I am at work now, partly to keep me awake and partly because I am an emotional, exhausted mess just jonesing for a mosh pit were it not for my fear of touching sweaty people I do not know + the possibility of getting hurt divided by the square root of my ballet flats. God, how I am tired.

When I think back to how cute my kids were as I always skip past the part about them not sleeping... hope you get some z's soon.