¡Señoras y señores! Today we had a birthday party for the one, the only, Ozzy "Tres Años" el Guapo Mas Fuerte. 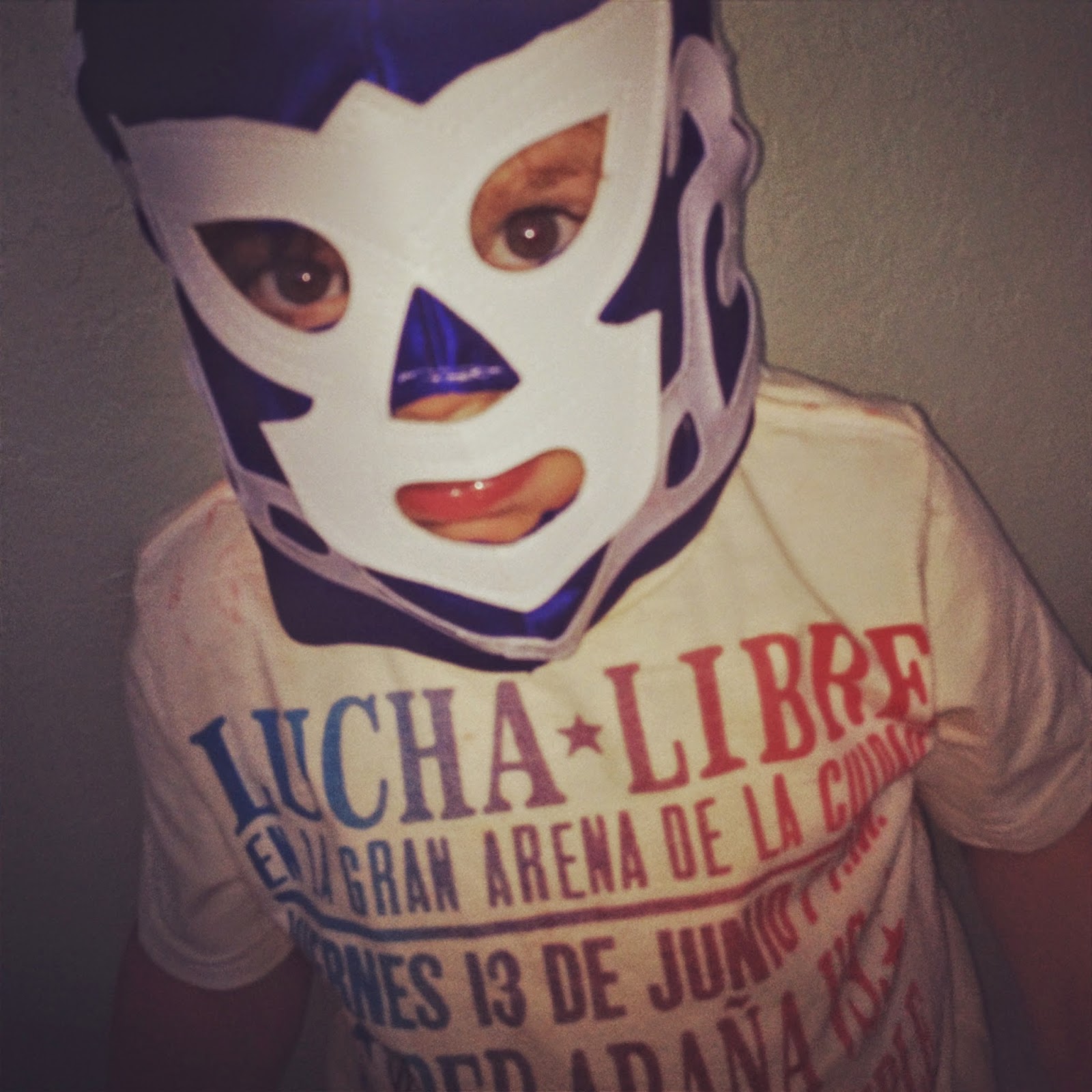 The party was el Luchador-themed, natch, and the morning leading up to his party Ozzy ran around the house naked with nothing but his mask on. Of course I tried to take a pic, but he must have sensed a slideshow 30 years from now when I would totally show it at his wedding. (I am going to be the best/worst mother-in-law.) I ended up having a total Gypsy Rose Lee moment just to take the above photo, promising lollipops and another cupcake if he would just show me his muscles. He refused, so you get this, Lucha Irritado con su Madre. Ah, mi amor.


But my dad complied. I owe him and his girlfriend a cupcake + probably an apology for going public with their especial-ness. 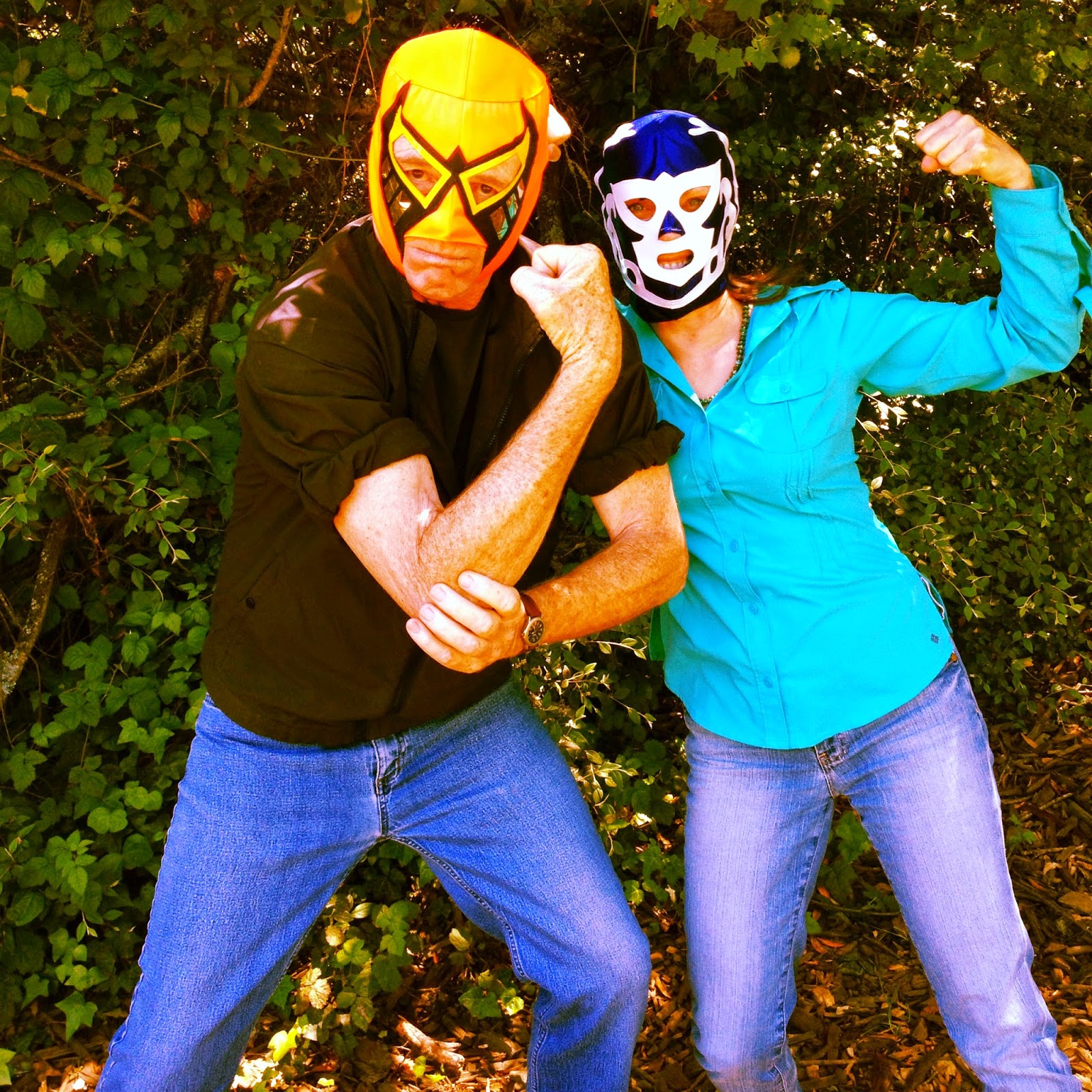 Ozzy's real birthday isn't for another 2 weeks, so yes, there will be a schmatzy birthday letter to my little kind-hearted luchador.

And now for a real Piledriver (I don't know how else to segue from Mexican Wrestling to this)...

Chachi died last week. Last Monday. I came home from work to find that the FIP had progressed so rapidly that he could no longer walk, and one pupil was larger than the other which meant that it had gone into his neurological system and brain. I didn't want him to be in pain, so we had him put to sleep. There are no words for losing him, truly nothing. But this-- 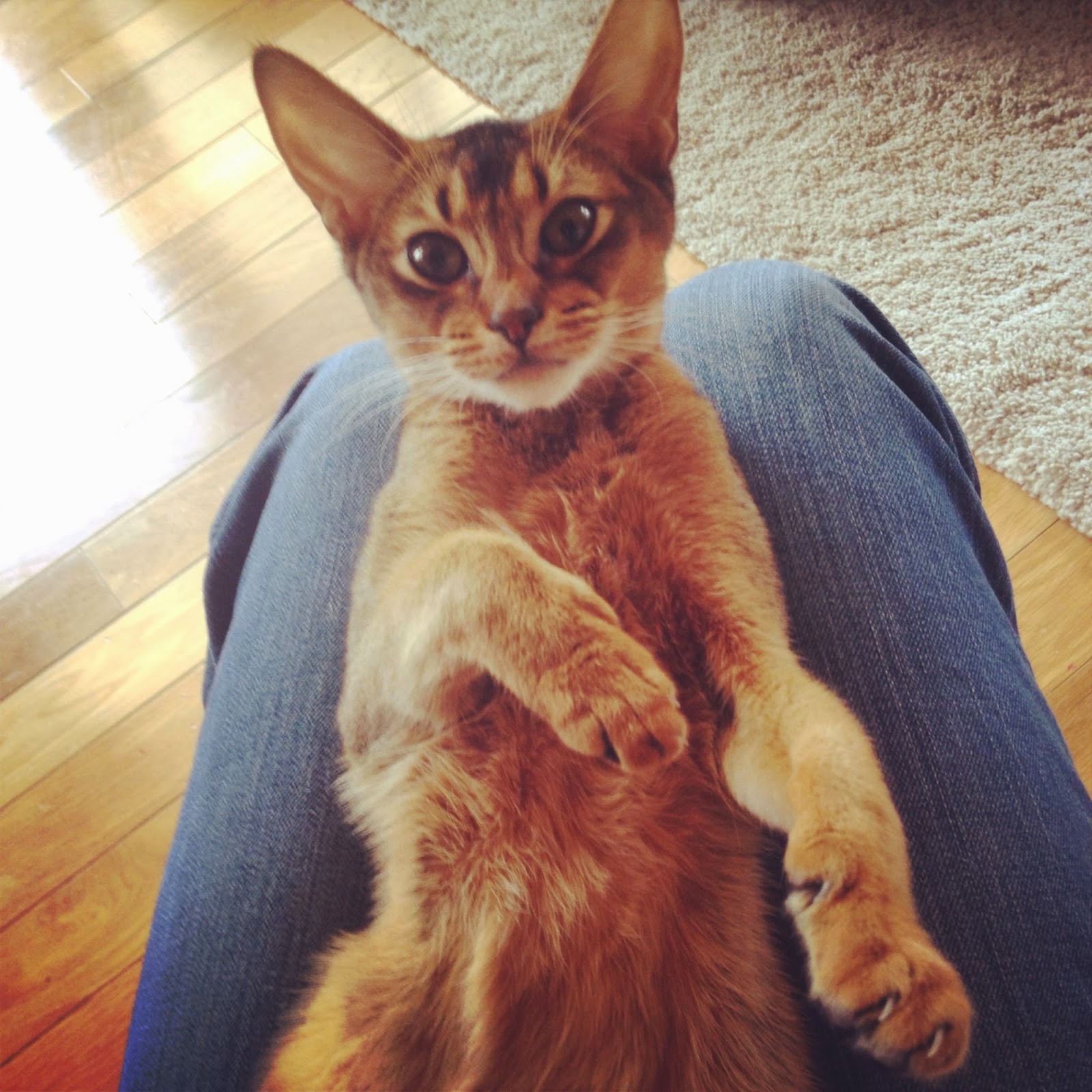 He was such a sweet, sweet boy, and we were so lucky to have that furry little belly to rub while we did.

Now go love on your own fur babies, or hug your kids, or if you don't have either just rub your own belly. In Chachi's memory.
xo,
S

A second after I sat down on the bus I noticed the wad of chewed up gum stuck on the side right next to my armrest. Only it was too late to change seats, the bus was moving, a woman had sat next to me, the bus was full so I told myself not to look at the gum. Just don't look at the gum. I looked at my phone, emails, HuffPo, was it going to get hot this week? The gum was blue. Don't look at the gum--god--how hard is it? Just don't look at the gum. So I closed my eyes and tried to fall asleep and thought about what if I sort of shifted in my sleep, would I touch the gum? Fuck, what if I actually touched the gum? I have this irrational fear because when I fall asleep on the bus my mouth inevitably hangs open and I think maybe that someone might put a tab of acid on my tongue and before I know it I will be tripping balls on Market Street. Only this thought was worse, and I spent the next few blocks with my eyes closed wondering if the lady next to me would do that, put the piece of chewed up blue gum in my mouth. The lady was reading a book and the book looked stupid so I thought she might, I don't know, something about her canvas tote told me not to trust her.

What this has to do with anything is nothing except that it's almost Mother's Day and I have been trying to tell myself not to think about it even though I have been writing about it for work, emails, web copy--don't forget!--Mother's Day is this Sunday. Just don't think about it. My first without her. For some reason I went on my mom's Facebook page today and tonight I took out her cellphone, a flip phone. I opened it and smelled it, perfume and cigarettes and her. How long will her smell last? If I could have one more day with her, an hour, if I could just make her laugh again or hold her, hug her--god, she loved to be hugged, I would put that stupid piece of gum in my mouth and chew it. How hard is it? 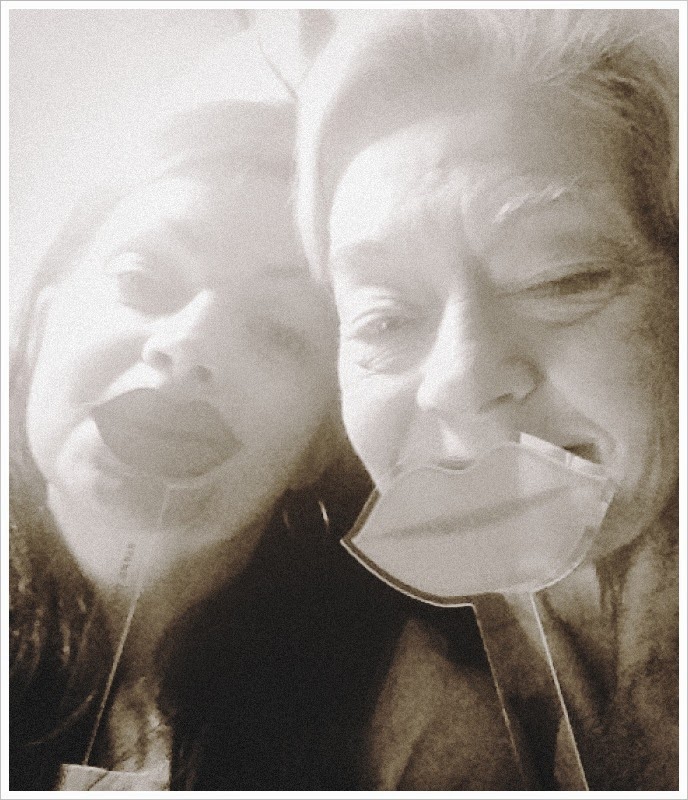 =ƎE= (Apparently This Is The Emoticon For Knuckles)

So Ozzy's got this thing, a complicated ritual of greeting or parting, or sometimes just because he wants to give respect/he likes you. It starts off as a high five, then a fist pump (wherein he says pound very seriously), then it evolves into "elbows," then a chest bump (during which both participants are expected to say BOOM), then ending with a high five + a kiss if you're lucky. 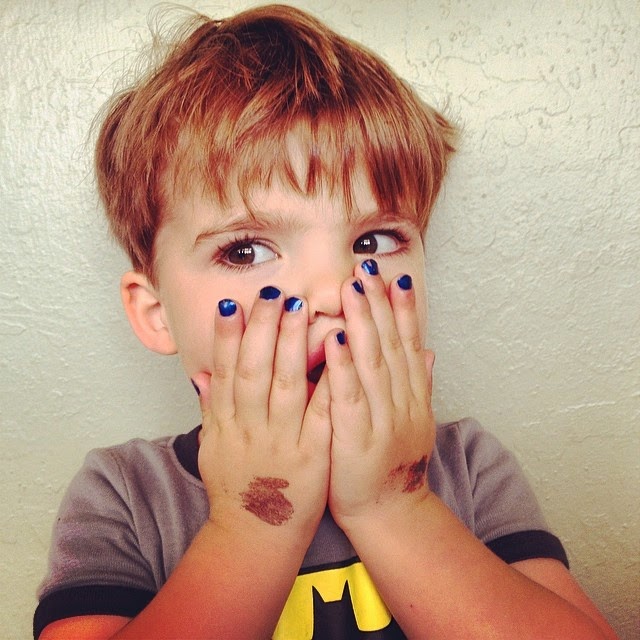 Except lately he's been punching me in the throat at the end. Which might be okay for a parting shot if you're fast but sucks as a greeting, especially if it means you get a time out. Which he does. High five, pound, elbows, BOOM, high five, kiss, punch in the throat...time out buddy. Until tonight when I looked in the mirror and noticed that I have been wearing a cheap gold hamsa necklace for the past week or so, a palm-shaped amulet, and asked if that is what he has been punching. Pointless story short, he placed his sticky little boy fingers there on my necklace and said knuckles. Score one for the evil eye.

Quite frankly this story kind of sucks. It's not that interesting and features a photo that I put on Facebook last week. Whatever. I guess I'm just stopping to give you my own little waspy-hugged greeting as if to say hi, what's up? nothing? me neither, alright, take care, talk soon...