I was all set to write a blisteringly honest post about the inauthenticity of the positivity of blogs, about the wwwonderful landscape of Instagrammed images of things to do with mason jars and letterpress, though not always at the same time, of cherub-cheeked children nary a snot-nosed scream in sight and the latest skinny jeans to be had because ohmyfuckinggodyouguystheycomeinteal! But then this happened and that so I took a picture and then another and really honestly? I had the bestest weekend EVER.

(Yes, I capitalized EVER and that is annoying, and yes, these photos are free of boogers, but lest ye feel depressed rather than entertained, there is mold growing in my bathroom so as incentive to read all the way through I have taken a photo of that, too, Instagrammed the hell out of it and published it at the bottom of this post. Good times ahead!)

But first, there's this. 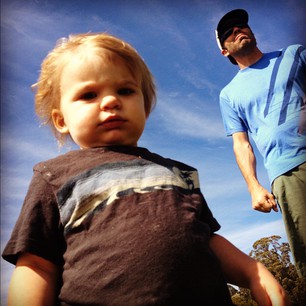 From a day in the park where we actually flew a kite because why go all inauthentic halcyon happy if you can't do it with a mothereffin' kite? And p.s., Bryan and Ozzy simply must form a rock band ASAP because this would make the raddest album cover. (Title track: Halcyon Happy with a Mothereffin' Kite.) 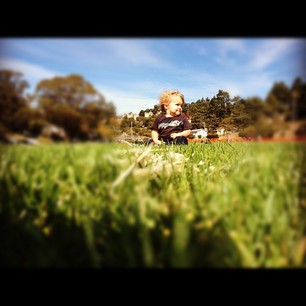 And this, the cover of Ozzy's solo album after a particularly tense studio session with his dad. This album will be called "Surrounded By Soccer Games But Too Young to Play" (Title track: Fuck Your Whistle, Guy in the Green Shirt.) 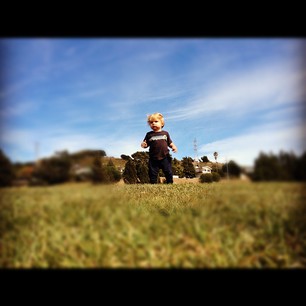 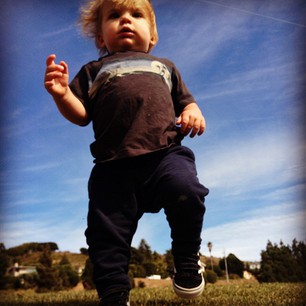 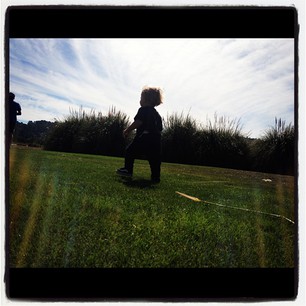 Even my mushrooms have hearts. Or something. I don't know. Here it is, the aforementioned promised pic of Behind the Curated Veil of Blogs: The Fungi Edition. One night I noticed these in a particularly dank corner and thought they were errant pieces of pasta but then a few days later there they were again and as cute as seashell pasta is these are not cute but kind of rubbery and very very wrong. 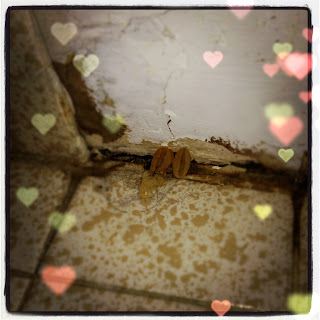 Bryan says we have to demo the whole bathroom which we were going to do anyway but now, after his truck broke down and we had to get a new fridge and--I mean, sick, right? Who shows you spore-bearing rot behind their toilet anyway?

I do.
Hearts and rainbows and Instagram set to the Hefe filter.
xo,
S

perfection indeed. i know my weekend is never complete unless i get some sort of house-growing spore of mold of sort, and an unexpected bill out of nowhere.
so bravo to you miss.
love,
katie

Hey! This post couldn't be written any better! Reading through this post reminds me of my previous room mate! He always kept chatting about this. I will forward this article to him. Pretty sure he will have a good read. Many thanks for sharing!
My site > Smartgirl Rabatte November2012

You are fantastic Susannah! Mushrooms and all. xoxo

I love the swearing. It is so out of line with the adorable pictures.