Oh Zo. You are 11 and the world is a crazy beautiful mess. At 11 you are just beginning to see this. My heart breaks for you, that you have to wade into knowing that things are not always right. I can see it sometimes there at the corner of your eyes, the knowing. I wish I could stop it, but that is not my job. My job is to hold your hand as you see it, to help you celebrate the blown-egg fragility with resilience and a fine Welsh dark humor.

The other day you convinced me to let you ride in the front seat while I drove us back from the city. It changed the dynamics immediately to have you sitting right there next to me. We sang to Gwen Stefani and cracked jokes as if we were friends. Which we are, but I am careful about that, about everything, and the next time you tried to get in the front seat I said you couldn't. It's not safe yet, I said, and I can't help but wonder what would be the harm of putting you in a rear-facing 5 point harness? (I used to have a friend who said that growing up he and his brother made fun of his cousins because their parents made them wear helmets in the car. Is this such a bad idea??? Why do we all not wear helmets in the car?)

Middle school must be getting to me. Sure, it's 4 months away, but if you have taught me anything, it's that time means nothing. You are still 4 months old yourself, Smurf-faced baby girl, and in 4 months you will be in middle school where the stakes are higher. Pretty please can we find a cute first-day-of-school outfit that goes well with a helmet?

Don't stop talking to me, I tell you, whatever you do, please keep talking to me. The hormones have not yet fully kicked in so you squeeze my hand and tell me you will. Seriously though, I say, because you still let me be earnest, you can tell me anything, I am your safe place. Even if you think I will be mad, talk to me. I will help.

Sweet girl, the world is a crazy beautiful mess, and I wish I could tell you (tell myself) that middle school will be ok, that the world will not shock you with how painful it can be, but I can't. But I can tell you this: by far the most shocking thing to ever happen to me is how much I love you. It far exceeds everything else, this relentless tender truth that is you. 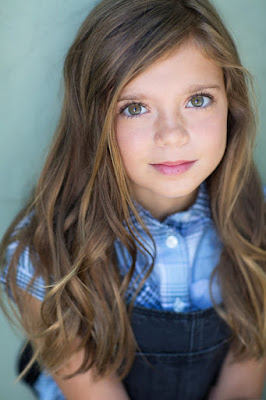 Happy birthday, Zoey. As much as I wanted to, I didn't get you a helmet for your birthday.

I love you,
Mommy

No,this is a post about how we went to Cabo last week, a pre-planned spring break trip with the kids. Which, if you want to feel extra surreal about your seemingly healthy brother suddenly dying, then go to Cabo and cry openly in a restaurant when a mariachi band inexplicably plays 'Let It Be.'

Halfway through the trip I thought maybe I was having a heart attack. Only the intense vise-like pain was under my right boob radiating to my back, and I know that your heart is just left of center, but who am I to question the sensation of a dull, burning knife slicing my heart until it is difficult to breathe, wherever that heart may be?

What can I say--I did not want to go to a hospital in Mexico, plus the kids were having so much fun swimming, so I did what so many dead women did and I drank my margarita.

tl;dr I didn't tell anyone I was in so much pain until we got home last night and I got undressed and finally saw blisters all over my right side. OH SWEET JESUS, THANK YOU FOR SUPPURATING BLISTERS. I was going to share a photo of them here but Bryan didn't crop out my boob, and while I am surprisingly not vain regarding sharing the bubbling shrapnel-scarred, pizza-like appearance of my torso, I am vain about my saggy boobs.

In a very strange way that makes me sounds like a cutter, it's kind of nice (?) to have a physical pain right now? Like somehow my outsides now match how my insides feel, raw and confused, weeping.

How I Am Doing (Not Dancing in the Street)

How am I doing? Kind of you to ask, thank you, hanging in there, you know, it’s hard. Yeah. As it turns out, death is embarrassing. Crunchy awkward, don’t-know-what-to-say, side-hug squeeze kind of awkward, the kind of awkward that happens when you’ve been caught being much too human. Because no one wants to make eye contact with Death with a capital D. You, yes--YOU--look at me. We are all going to die.

Seriously though, I am fine. I wake up, remember, feel as if I might throw up, don’t throw up but instead get ready for the day. Do the day. The day looks like this: I am fine. Which really means that I am not fine at all, but I know that not-being-fine is where I am supposed to be, which makes it fine. I am fine in my not-fine-ness, the word ‘fine’ having lost its meaning the way words do if you think too hard about them. Finefinefinefinefine…

Fine. I will explain it another way. This video.


This video illustrates exactly how I am doing, how normally Mick Jagger and David Bowie would rock the shit out of those streets, but here their voices are thin, not even their own, the echo-y scuffle of their shoes, crickets. The day looks like this: somebody has dubbed my voice talking to friends, laughing, at work, small talk, crickets. It doesn’t matter what you wear, just as long as you are there…

I am here. I know that one day the music will creep back in without me even realizing. One day my voice won’t be dubbed into my days. One day I won’t wake up feeling as if I’m going to throw up. But for now, it still can't be real, nothing is, and I just really, really fucking miss my brother. That’s how I am doing, and I am fine.

Posted by Petunia Face at 9:41 AM 7 comments