He has a seemingly primordial need to return to the ocean, how he runs for it as fast as he can. Into the waves, lakes, fountains, puddles. He doesn't even laugh as he's doing it either; it's business, this push to go back. I would be lying if I didn't say Bryan isn't happy about this, visions of surf trips and days spent sailing no doubt running through his mind as he sprints to make sure Ozzy doesn't drown. 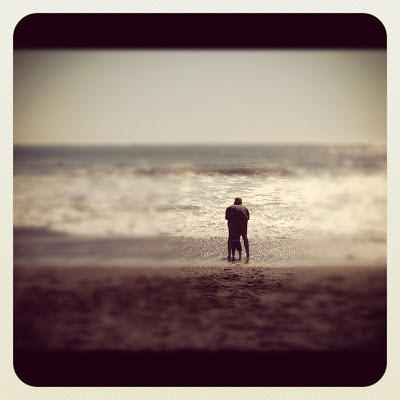 He is my little sea monkey, coming to life when wet, my dried up brine shrimp unfurling in salt water only to become like the cartoon version big-eyed silly thing in the back of comic books, a real life fun pet I grow myself. (The subtext reads: "So eager to please! They can even be trained!" This, not the only part of the ad that misleads.) 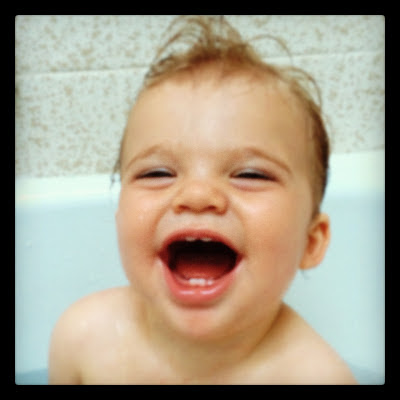 At the end of each bath I let the water drain and still he refuses to get out, lays on his tummy as the water recedes and there is nothing. Just him making out with the shiny wet bottom of the tub. Fiths! Fiths! My little boy who thinks he's a fish. 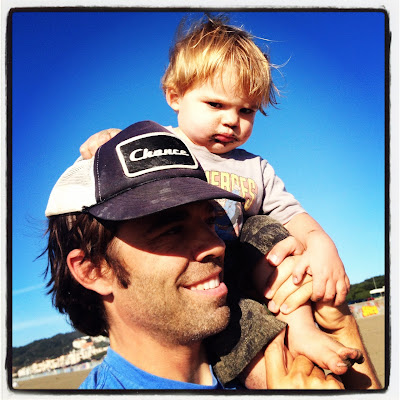 I end with this: Saturday afternoon, time to leave the beach. My sea monkey fish boy pissed off and sandy, flailing, gasping for more.

“We are tied to the ocean. And when we go back to the sea, whether it is to sail or to watch – we are going back from whence we came…” – John F. Kennedy

“From birth, man carries the weight of gravity on his shoulders. He is bolted to earth. But man has only to sink beneath the surface and he is free.” – Jacques Yves Cousteau


p.s. Apologies but I had to switch Word Verification back on as I was sick of deleting 100+ spam comments each day. This--this is why we can't have nice things.

I Regret to Inform You: I Did Not Hallucinate This Weekend.

Although I can tell you that when you scrunch up your face it crackles like the sound Doritos, and that flexing your toes is a gunshot. 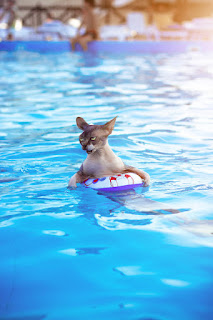 I did a sensory deprivation tank this weekend, except I think we're not supposed to call it that anymore. It's isolation tank now, and I've been curious to try it since hearing Joe Rogan talk about it. So when I saw a Groupon for Conscious Drift I snatched that sheisse up right quick, one for me and one for Bryan, because nothing says date like floating in separate tanks of salinated water with no sound, no sight, no nothing but yourself. Score!

First off, we had to sign something promising that we would not pee, spit, defecate or "other" in the tank which--yeah. Whatever you do, don't think about an elephant, and then go float in a tank of lukewarm water and don't think about it some more. I guarantee you won't think about your own elephant per se, but other peoples' elephants will mess with your head.

The tank itself is a 5x8' white behemoth filled with 10 inches of water saturated with salt and magnesium and heated to 93.5 degrees, the same temperature as your skin. It's light and soundproof, the idea being that as you float you lose sense of light, sound, even touch, and most definitely of any tension. Which I did. And then some. Apparently 1 hour in an isolation tank is equal to 4 hours of REM sleep, something about brain theta waves, I don't know. When the lady explained it to us I was still reeling from signing away my right to pee in the water.

The door opens a bit like a DeLorean, and you step in naked and kind of clumsily--or maybe that was just me--and close the door and there is nothing. Which is a hard experience to describe or imagine, the sudden loss of senses. Nothing. All I could hear was my own heartbeat, and then I scrunched up my face and heard crunching. After who knows how long of me flexing and stretching I was able to really relax. Sometimes my arm would twitch or my leg, lactic acid releasing, and then suddenly I heard what sounded like a persistent fog horn. Over and over, low and long like at night. I wondered if maybe I was hearing something in the pipes of the building, but later when I asked Bryan he said he heard no such thing and that there's no way to hear through the tank. Later still I read more about isolation tanks and apparently this is a common experience: the knocking and groaning is the sound of your muscles letting go.

I really didn't want to fall asleep because I felt like it would be a waste of a float, but suddenly the door to my pod opened and there was the woman saying she had been knocking for quite some time and got worried about me. Me there floating naked and twitching. I guess I was in there for an hour and a half.

People float for meditation, visualization, rejuvenation, self observation, creativity, prayer, solitude, to solve problems, time travel even, though that may be taking the DeLorean door a bit too far. I went in there trying to guide my mind to hallucinate or light on a genius idea for a book all because I was curious and it was a Groupon. Alas, I twitched and heard fog horns, then fell asleep.

Note to self: you can't put hallucinate on your to-do list.

So that's that. Would I do it again? Yes, but only if I find another Groupon or Living Social deal. What can I say? Peace of mind 'aint cheap, but I am.

p.s. Caveat emptor: I am still digging crusted salt from my ears.

A Thank You Letter Written On An Old Typewriter 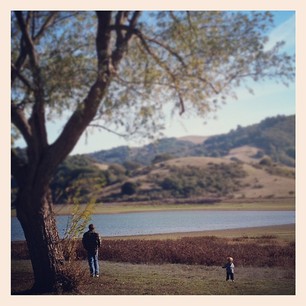 The day he died we took the kids to Stafford Lake, only the lake was low, the bed cracked and brackish and dry. Zoey pulled up sheets of hardened mud and goose shit, said it was dinosaur skin; Ozzy ran for the water line. I took deep breaths of cold air feeling impossibly, stupidly still. How can the world go on without everyone realizing everything has been forever changed? 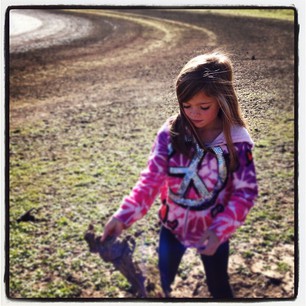 I guess everyone who loses someone feels that, the After a strange landscape of surreal estate wherein you stand in line buying groceries wanting to scream that something has happened, can't anyone see? The thing is--and I don't mean to minimize anyone else's pain--but I know with an absolute objective certainty that the world truly has been changed by him being in it, from the shift of fossils tapped from the ground to his family, friends and students, people lucky enough to know his absurd wit and love firsthand. He was a man made for stories told in circles leaning inward, and if the universe tried for a hundred billion years it would not be able to create another him, the way he tipped his hat and put together words, everything about him measured, bespoke, curious and kind.

I'm not sure what any of this means except that the Minoans were a bronze-aged maritime civilization that flourished from the 27thC to 15thC BC, and that once upon a time when I was little the adults were all playing Trivial Pursuit by the fire of a New Year's Eve and nobody knew the answer until I answered, Minoans. The way he looked at me then: I was smart, really fucking smart; he was so proud of me and I have spent the rest of my life trying to prove him right even though I can't even remember what the question was. 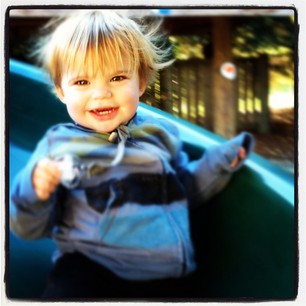 Of course this post is not enough either, too many words jumbled when I saw just a sliver of the story. The truth is I hardly ever sent thank you cards even though I knew they meant something to him and I should have said thank you. Thank you. Thank you. It means something, and what is left now is me standing stupidly still thinking that Stafford Lake is probably a man-made lake anyway, created not by millions of years of slow-meandering pressure or even tectonic uplift, but by someone saying This. Here. This is where a lake will be, the vast indifference of it all made bearable only through love.


4 years ago...(I have never been coy with my political leanings).

Strangely enough, I still have those glasses. And that adorable girl. And hope.
Happy Election Day.
xo,
S