No real questions today with the exception of this photo: 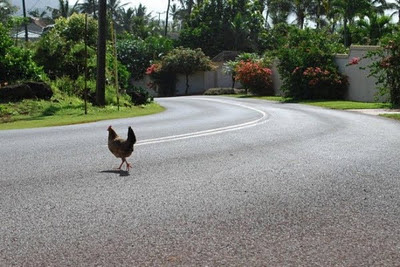 Instead, in a total word-vom of wha'the-fah-ness, here's a list of strange facts that will make you the most popular girl at the cocktail party (unless of course there's some other girl giving out hand jobs in the loo, in which case knowing that beetles taste like apples, wasps like pine nuts and worms like fried bacon isn't going to do a thing for you).

1. There's a spider in Brazil whose bite causes an erection that lasts for hours.
2. Jackie Chan was in the womb for 12 months.
3. A banana is a berry but a strawberry isn't.
4. The total weight of all the ants on the earth is roughly equal to that of all the people on the earth.
5. Hitler was once nominated for the Nobel Peace Prize.
6. You will create enough saliva to fill two average-sized swimming pools in your lifetime.
7. There is enough fuel in the tank of a jumbo jet to drive the average car around the world four times.
8. A portion of the water you drink has already been drunk by someone else, maybe several times over.
9. You are taller in the morning.
10. I cannot stop at nine facts so I am just typing here. For the record, I also want to say that #6 and #8 make me nauseated. According to Br'er Rabbit I shouldn't say this to anyone, but I hate spit more than anything else. Seriously. I'd rather eat a spoonful of someone else's poop than drink a glass of someone else's spit. And I don't say that lightly. For some reason I have thought about this conundrum at length which is probably why I don't have a retirement plan in place or know what is going on with the presidential candidates. I am too busy choosing between poop and spit. What about you? Which would you choose, and/or who is Ron Paul?

That's it people of the wwwtf.
xo,
S

Personally, I agree that spit is disgusting. Well, spit and snot. Okay, spit, snot, and vomit.

Poop? Well, I'd rather not eat it. Then again, what if the person had a diet of nothing but bacon? Maybe that wouldn't be so bad.

Seriously, I don't understand why I'm single. I mean, that was kinda profound. I wouldn't mention it on a date or anything. Certainly not the first date. That would just be odd.

Ron Paul? While he may not be the greatest orator, the man really knows his history and has been around the block.

You can find an archive of all things Ron Paul at http://www.lewrockwell.com/paul

Whoa. I have a sneaking suspicion you are trying to pull a fast one on us as those are all super crazy facts. I can see myself being like, "you guys, get THIS" about the spider in Brazil and then looking like an a-hole when some spider expert reveals this is not true. BUT, I trust you. Also that poop v. shit is a great would you rather. I'm definitely pulling that one out at a cocktail party. In appropriate company, of course.

it so totally depends on the poop

Is #2 seriously true? Because HIS POOR MOTHER.

And seriously, I would rather eat poop than spit. But I could probably try and choke down spit. Unless someone was saying the word "mucous" while I was eating it, then all bets are off. That is the most disgusting word and it instantly makes me sick the minute I hear it. (I'm about to puke typing it.)

Also, I know nothing about politics. I have a hard enough time trying to figure out Grand Supreme on Toddlers & Tiaras.

I have to post as Anonymous, as Google has declared that my identification and password are invalid..I am just too tired to fight it..I have a name - it's jessica...and just a moment to say that neither poop nor spit sound like an option...why either one? I'm just curious.
And Ron Paul is a Libertarian...which, I've been told by my husband, who seems in an annoying way, to know everything..oh, I'll spare you that lecture.
Have to go poach the Salmon in white wine and nothing else..okay, a little butter.
Jessica

You are so dang funny!! I'm glad motherhood didn't rob you of your very strange sense of humor. Love it.