A Brief History of The Birthday Girl

August 29, 1972: While pregnant with me, my mom's feet swell so much she can only fit into one pair of borrowed suede boots. In August. They stink. She smokes pot to try to bring on labor. 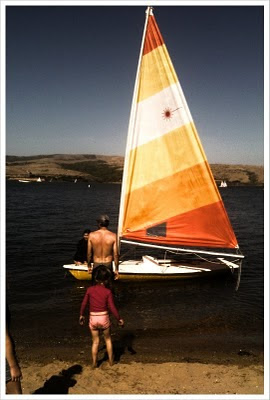 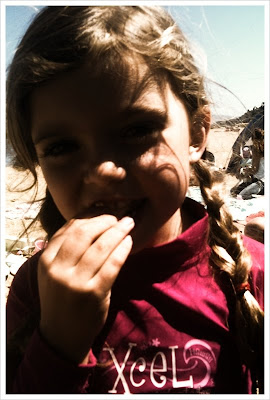 1973~1985: I grow up in a little house in San Anselmo, California pretending that I am someone else not so much because I don't like who I am but because I am good at pretend. Sometimes I pretend that I am Heidi living with her grandfather on a mountain. Other times I am Penny from The Rescuers. At night sometimes I stand by the street in front of my house and stare into the headlights of cars as they drive up the hill, pretending that I am a deer. I very nearly do not make it to double digits when I try, one day, to swallow a weeble wobble whole.

1985: We move to the top of a very steep hill just as I start high school. This house is twice the size and is a ranch house, the bedrooms split wide apart. There is wall to wall carpeting the color of mushrooms and we never ever use the living room. My freshmen year I fall in love with Kate & Allie. Then a boy named Damon. I watch Mr. Belvedere and The Hogan Family and write everything down in a spiral bound notebook using a very cryptic code involving hearts and something that looks like tears. I become a cheerleader after watching too many John Hughes movies, realizing too late that I am a terrible dancer and don't care about sports.

1986: I go out with a senior because I think I probably should. He has a Honda Accord with burgundy carseat covers stitched with the Playboy logo. He also has terrible skin. One night he tells me he has been saving a bottle of champagne for the night he loses his virginity and would like to one day share the bottle with me. I know I will never drink champagne with him, but I buy him a v-neck sweater from Aca Joe for Christmas anyway.

1989: One day before third period I am sitting on the railing in the hallway when a boy I haven't talked to in years walks by and pushes my shoulder to say hello. I fall. Hard. 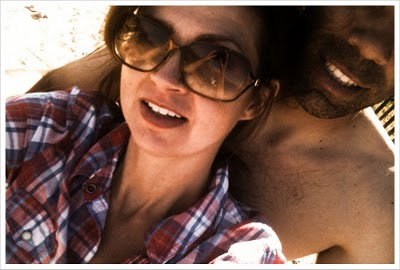 1990~1992: We break up and get back together for years. Meanwhile, my parents separate. My dad drives down to San Diego where I am living to move me home and we go to Tijuana, I don't know why. Mariachis follow us through the maze of the low-ceilinged market and we buy maracas for my brother. Though I am sure it is not related to the maracas at all, my brother soon stops talking to my dad which lasts for ten years. At some point my parents get restraining orders against each other and then the divorce is final. Forever after I equate Chevy's with heartache and mariachis with the smell of raw chicken.

1993: I don't know how but Bryan and I get back together and it sticks. He applies to Cal Poly so I apply, too, then the universe calls my bluff when I am the only one accepted. So I do it, I move, and on the drive down the radio plays All I Wanna Do over and over and my cat shits in the back seat. I don't know what I wanna do, but the feeling is not new so I mouth the lyrics and wonder what it is exactly about Sheryl Crow's lips that men find so sexy.

1994: Bryan gets in to Cal Poly. We rent a dilapidated old 2 bedroom house together for $400 and cook each other pasta and watch Party of Five.

1999: I graduate with a Master's degree and have no clue what to do with it. I get a "real" job doing something I don't want to be doing although it's not terrible so I fall into the sound of the alarm and the way my laundry smells fresh, washing dishes, paying bills, thinking I should probably like Allie McBeal but I don't which makes me feel strong and different. I buy a vacuum cleaner.

2000~2005: We move, and then move again. Buy a house, cook each other more pasta, get married. At some point my family becomes friends again.

2006: For three months I am not able to squeeze my feet into anything but rubber flip flops, and then Zoey is born.

August 29, 2010: The Summer of No Summer. Foggy, cold, windy. I tell my friends that I just want to go to the beach for my birthday, so we do. They come clad in sweatshirts, jeans, hats, but it is perfect--sunny, clean, not ishish at all. I marvel at how we have all multiplied. The water is warm so we play in it, holding the towel for one another against the bushes when we have to pee. I love my friends. I love my husband, my daughter, my family. 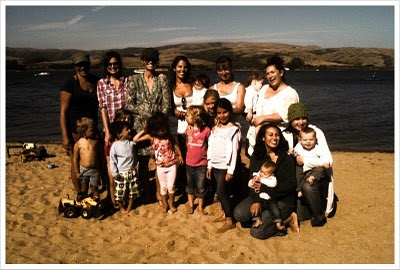 You are such a lucky girl. And very beautiful. Inside and out.

Sending b-day wishes from one random blogger to another:) happy 38!!

Happy B-Day Susannah! Thank you for your wonderful blog and for being so awesomely craptastic!

There's only ONE other human on this ENTIRE planet that shares the same genetic material as me... how is that in itself, not amazing?!! Your Birthday IS amazing.

Your one and second to only,

Happy 38! May the happiness you bring to others (specially us reading your blog), comes back to you in full circle, today and always!!! Have a wonderful birthday :)

Happy Birthday, Susannah!
So glad you had such a non-"ish" celebration!

That was lovely. Thank you for sharing this with us...

And we are happy you started a blog. No ifs ands or ishes about it. Happy birthday.

Happy belated birthday, Susannah!
In looking at your childhood picture, one can see that Zoey is a spitting image of you.
I hope you have a splendid year ahead of you!

Thank you all so so much. This has been an awesome birthday (this coming from a girl who sometimes gets a little sad on her birthday; today I was not sad at all).

Making Greg read this. Maybe then he will 'get it'.
Xo
Ro

Happy Birthday to you!

First....Happy, Happy Birthday, my sweet Susannah. The days that you and Andy entered the world were the BEST days of my life. I loved you without measure then and my love only grows for you every minute.

Second....HOLD the phone, Bro, i.e., firstborn Son...WHAT do you mean there is ONLY ONE other person in the world that shares your genetic material??? What are your Dad and I, chopped DNA? Exsqueeze me....Nevermind...I get it now. You and Sus have the combo set from both of us and we only have our own...Got it.

And re blog content. I DIDN'T have a hit of dope to try to start labor early. YOU, my precious were an incredibly active baby in utero. It felt like you were on a trampoline and there were times when I was afraid that one of your sharp little knees/elbows were going to tear straight through for a reverse Cesarean. The last trimester was the worst and you seemed to wait until I lay down to relax before you'd begin your gymnastics. In desperation, I tried 2 things I didn't ordinarily do in an attempt to quiet you down a bit. Once I drank half a beer and another time I tried a hit or two. Both hoped for solutions were a major bust because, instead of quieting you, it greatly increased your gymboree efforts. I think you were born with defined muscles. You probably arrived with a six-pack from all your activities while I was left with just a sac-pack of loose skin like a Sharpee and a profusion of stretch marks. But you and Andy were more than worth it all!

You just keep getting better and better each year. May this Birthday be your best yet. I couldn't love you more!
Mom

LOVE your blog, each and every one! You are so talented. Happy Happy Birthday!

PS, down here in Newport Beach, it's been the summer that wasn't, too. Hate it!

Happy Birthday (Belated -- sorry!) Susannah and such a great post to commemorate it! What a sweet, well-lived life to-date and there's so much more to come!

I really enjoyed reading this, sitting with my hand on my chin, reading every word. Thanks for that.
Happy Birthday beautiful!!!!

You. Are. Marvellous.
Bon anniversaire!!
- sarah whom you don't know

hAPPY, happy birthday! i love that photo and that post. may your birthday bring you no ish at all this year.

so sorry I missed your birthday. I've been missing a lot -ish.

I'm with you on the ish.

Happy belated birthday! I didn't know you went to Cal Poly. I live in SLO. :)

OH SUSANNAH...
Happy belated Birthday! Almost 3 weeks ago my computer crashed, died, stalled. Days later, the pc man says it cannot be repaired (a moment of silence please, something about the mother board, yada, yada, yada! So for almost 3 weeks I have not had a pc. Unbelievable, right (insert your words about "ish" here & it will all make sense.
Today, I am borrowing a laptop. Catching up on reading you, feeling better with each post. I missed reading, following, thinking. Kinda like when you forget your watch at home and are still looking down to see the time and it's not there, or forgetting your sweater, even though the weather man predicted chilly. I felt something was missing. It was you...
I feel better now. I got my fix, I know what time it is and my favorite brown sweater is sitting comfortably on my shoulders.
I hope by now in my absence you're working on a book because girl...you are talented. I am so glad your birthday was good and that you are happy!