The first Friday in February and everything’s a mess. 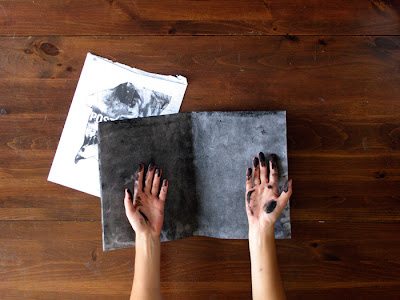 Yesterday was my 5 year anniversary. We sat on the couch together and watched Big Love. I found the Halloween candy I had stashed away months ago and thought of the irony as I popped one Whopper after another into my mouth. They were waxy and white, but if I sucked on them long enough they collapsed in my mouth and it was satisfying. 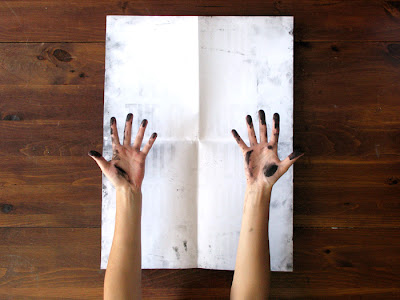 We never really took a honeymoon, having gotten engaged on a Wednesday and married that Friday. But since we had already planned a vacation to Costa Rica we called that our honeymoon and away we went. When I look back on that trip I think of lying on sandy unmade beds with my bare feet on the walls, how I told Bryan that if I got pregnant we would name the baby after the town in which it was conceived. This was in Pavones which I later found out means “vulture.” I think of the two dogs that followed us on a walk down the beach one afternoon; they had been having sex and were still hooked together, the female dog dragging the male behind her awkwardly, the both of them looking rather annoyed and hungry. The airlines lost Bryan’s surfboard on the flight to San José and he was pissed. Once he got it back, the surf went flat and then he drank some funky water and didn’t move for 4 days. In the photos from our honeymoon Bryan’s face is too thin, my eyes too pleading. It wasn’t until we got home that it became a wonderful honeymoon, romantic. Perfect! 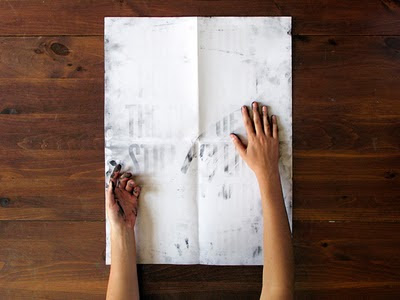 In my white woman way I wonder if I am only allowed degrees of happiness. I can have this, but not that, here, but hand it over. We are never going to get ahead, Bryan said to me the other night, and just like that I hated him. Why do I always have to be the cheerleader? I said. It’s exhausting! You’re always bringing me down! I don’t want to be with someone like this! And then he said something and then I said something and then I left the room and he stayed. 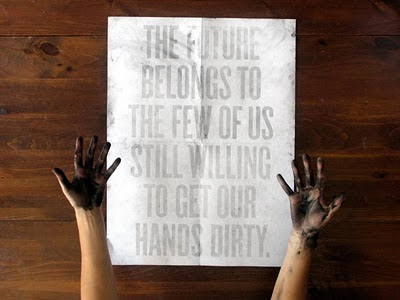 I’m sorry, I said. Thirty minutes later. I’m sorry, and I love you. I would never leave, and I meant it, mean it, 5, 10, 15, forever years, my family. We are perfect in the way that dogs fuck and get stuck together, romantic sandy feet on white walls. I wouldn’t have it any other way, and if it’s true? If I am only allowed certain happinesses at the expense of others? Then I choose this, hands down. Waxy, dirty, broke but loved.

If I practiced polygamy I would also marry this. A poster the recipient completes by revealing spot-varnished type with hands made dirty by handling the poster, the back of which is coated with powdered pigment. This is the first of a series of posters. Via Love It A Lot.

Hmmmm...sometimes introspection after an arguement makes for beautiful writing. I am glad that you are in it for the long haul.
P.S. when I was like 5 I totally saw two dogs stuck together at the beach! It's gotta be the sand...they don't know that doin' it in sand is a no no.
xoxox,
Brandi

"We are never going to get ahead." I guess the real question is, "Ahead of what?"

sads. but glads too.

"it's always something" my motto albeit a sad one

brilliant!
you're brilliant and so is the poster and how it all ties together.
happy anniversary.

I hate it when that happens. Your husband says something and then you instantly hate him. It is scary and disorienting and hard to come back from but we always do.

We had the same sort of 'dialogue' the other night too. With us, it is always feast or famine, never ahead of the game for long. As Sean put it, "we are riding on fumes"...let's just hope the vapors last a while!

We Co-Dependents (and that's not always a bad thing!) ARE the "cheerleaders" in any partnership-any group, any situation. It is our lot in life, our self-imposed mission to do our damndest at any given time to "make it all right"-because, the fact is that WE don't feel all right unless our others do. Patterns and roles get set in marriages but you know in your heart that the "cheerleading" role is one you assigned yourself and a team of wild Shrinks couldn't make you let go of it. Of course our mates like it, who wouldn't? But did they assign the role, do they expect it? If so, only from habit and it feels good. You do it because you must, not because Bry expects it of you. We both know that to sit with a partner who's feeling down, expressing gloom and doom and just allowing it to BE without trying to "fix it" is just a foreign concept to us Co's. We have to take it on. Well, damn good thing we co-dependents are around, otherwise who'd be the caregivers, the ones who make others feel better, the ones who try to fix everything in sight for those we love and care about. But the flip side of that is that we end up resenting it and we often rob our loved ones of being able to have negative feelings, of fixing things themselves.
You and Bry are as much "forever" as any people I know. You'll be fine. And, one day, I can almost promise, you'll even get "ahead". And that comes from a lifelong co-dependednt who can't stand that her daughter isn't 100% happy at the moment!
Love You Co or No,
Mom

Bulbus Glandis. This swelling of the penis is located toward the rear end of the os penis. As soon as the male dog inserts his penis into the *****'s vagina and begins to thrust, the bulbus glandis enlarges to a firm spherical shape, resulting in the so-called "coital tie." This tie prevents the male dog and the ***** from separating immediately after ejaculation and may last from 5 to 60 minutes.

The more you know!

Also, you have a kick ass mom, no wonder you're so cool.

alexsandria is my hero. just sayin.

and i love that poster.

and i'm pretty fond of you as well.

mexico and humping dogs and honeymoons and whoppers and money fights.
le sigh.

Wow. I have those nights with Greg all the time--more so lately too. Both your mom and brother just totally helped. Do you need a sister?
Xo
Ro

Is it because it's February? Everyone I know (both in person and in blogland) seems to be going through these crossroads with the ones they love most.

I am always ready to bolt at the first signs of conflict, but then I don't. Because we *are* and it's good and worth keeping and cherishing.

last night at dinner i wanted to break the bottle of wine over hh's (hunky hubby) head i hated him so much. by dessert we were back to holding "ankles" beneath the table.
fucking marriage.

One of the best things about marriage is going through those... why did I chose you? moments.. and realizing you really did make the best choice. It's a beautiful thing when you can both get your hands dirty and still want to wrap them around each other.

Just sayin'...I LOVE when your Mom comments. Such "inspirational wisdom" - she has. Just think, one day that will be you...commenting on Zoey's blog, or whatever it will be called by then. Love the wisdom...we can never have too much of it. Thanks for sharing it all with us, out here, who tune in!
Have a great week!

this was awesome and soul food to read.

i love that poster too! i have it on my sidebar.