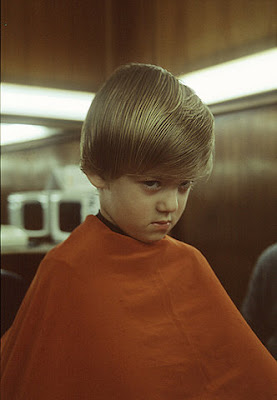 Which it was, really--nothing--seeing as how prone I am to this sort of thing. For instance today I walked around all day noticing noses, how ugly they are, strange, all of them. Noses on baristas, on the homeless people on Market Street, the mailman's nose, my nose, the nose on Zoey's preschool teacher, noses on the models in the latest issue of Lucky. Nosenosenosenosenose. Look around you, everyone with a fat fleshy thing with holes right in the middle of their face like that.

I find it amusing to imagine people without noses, and I actually do this quite often. Makes me snicker every time.

You know, every now and then I find myself thinking... how ugly are hands? A mass of flesh with five tentacles, many of which are painted in these weird colors. Noses are pretty crazy, too.

Only you can make the mundane narration of an ordinary day sound interesting and exciting even when it wasnt.I was reading and thinking to my self"Listen to what your reading that shouldnt be capturing your attention",but it was and it did.So it made be think that even the boring everdayness of life is really what life is all about,the exciting days arent what we should treasure,its the everday running into each other strung together endlessly days that are really what its all about.Theres so many more of them than the others so why arent we reveling and savoring them instead of the others?Really?Why Not?

And yes, I think your yogurt is still good to eat. :-)

just reading about you reading on the bus makes me carsick.
i know there is some sort of witty reparte here concerning the "unbloggable" reference but i'm only coming up with lame jokes. let's just assume i wrote something that was so funny you chortled.

Just the word is weird. "Nose."

Okay, when you're done with noses, try ears. That'll keep you busy for a while.

When I got to the end of reading this I wondered does she mean "this is it?" as in Peggy Lee singing "Is That All There Is?" or is she saying "THIS is IT!" Or is she just saying this is it in the present? The conversation with Kacey cleared that up but it's sorta interesting how it could be taken in all those different ways. It is the meaning you give it.

So glad you're back!
and after i wrote that, i stared at the blinking cursor trying to think of something clever to write about life....i got nothin'.

This post made me smile and laugh. It made me think, "so true".And it gave me an activity for the rest of the day. Hope people don't mind me staring at their faces.

the nose thing is something I find myself doing. Sometimes I think every person is SOOO UGLY. or I look at everybody's shoes and compare them. or haircuts. I tend to only focus on one thing per day though.

Do you look at Zoey's nose like that too, or is it just the big bulbous grown-up kind that get to you.

The thing is that some people frown and say "this is it??"

and some people take a deep breath, smile and say "this is it".

That and tortilla soup. Yum.

in the summer. I notice knees.

I hate knees [the look of them not the functionality] including my chubby own.

these "days" are the ones you wish for when bad days happen.

this is a great post... i love your sense of humor... i will never look at a nose the same way again... they are all just like play dough on our faces...