Perhaps you see a pattern here?
'Cause here's what I'm thinking: All of us have 14 problems. At any given time: 14. Perhaps I've got the number wrong. Maybe it's 5 or 37 problems. But the gist is that we all have the same number of problems, a mathematical constant, the Golden Ratio of Aw, Fuck, if you will. Your car broke down? Problem. You get it fixed, down to 13? Then oops! You leave a cherry flavored Chapstick in your pocket and it goes through the dryer. Your whites are now pink and you're back at 14 problems.

I don't know if I made this up or if I heard it somewhere. A dream, a thought that came to me while driving in a fugue state down 101. 14 problems. (Then suddenly I realized that I had been listening to some inane Ashley Parker Angel song, 2 minutes of my life that I will never get back, so I turned the station, problem solved! Just as suddenly the truck in front of me spat out some gravel and ding, a tiny spider of a crack on my windshield. Tomorrow the sun will rise and you will have 14 motherfuckin' problems, guaranteed.) 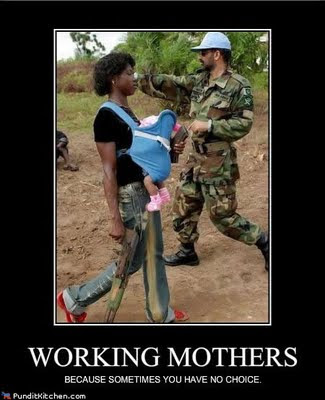 This past week has been hard. Working, Zoey adjusting to preschool, Bryan's back out, no whammies, no whammies, no! (Please tell me you know where that is from.) And I can't help but think if I just had more money almost all of my problems would be gone. Not to bore you with 14, but seriously, all but three of the problems I can think of stem from not having money. Enough money. More. What?

So what if suddenly I did have money? Won the lottery, stumbled upon a drug deal gone awry with everyone dead and a pile of millions and a square cut humongous emerald ring on a finger that had been quite ceremoniously chopped off and cast into the dirt, what? What if?

In mathematics and the arts two quantities are in the golden ratio if the ratio of the sum of the quantities to the larger one equals the ratio of the larger one to the smaller. I could read that sentence a thousand pi r squared times over and I still wouldn't be able to draw it. But this much I get: in life there exists math, numbers and slices of light, fractals, and that all of it--math and trees and music and me--all of it is somehow connected to beauty. Humanity. What we find to be good. And so it doesn't surprise me that we should all have a constant number of problems. 14 or 67: I'm not sure. Me and you. There is a woman in Darien, Connecticut right now upset that a neighbor's dog keeps shitting in her soft downy bushes of prized lamb's ear. Meanwhile a woman in Angola is worried about her children playing in a field of landmines, her husband already an amputee.

Now before you get all anonymous on me, let me be clear: obviously a landmine is worse than dog shit, la la la, that is not the point. The point is that both of those women have 14 problems. Right now Zoey is pissed that today is not her day for Show and Tell--try telling her that is hardly a problem.

I guess what I am saying is this: I like my problems. All 14 of them. Because the What If is becoming quite clear. I will always have 14 problems and these ones that I've got now are really not so bad. No money, no money, wham! There is a beauty in the shared humanity of it, how I will drive to work this morning and glance into the car next to me, a man with a face bored and fat. He has 14 problems, too.

In other news: Jesus Christ, can you imagine if I smoked pot?

i got 99 problems but a...
oh yeah, i went there.
and it's good you don't smoke pot. you might spontaneously combust.

Press your luck and I think I'll be content with my 14 problems instead of someone else's 14 problems.

i heard that if a large group of people wrote down their 10 (or 14...whatever) worst problems, put the lists on a table, then got to choose which list of problems they'd *rather* have; most people would choose to take their own problems back.
i worry so much about money.... i would so like to be free from that thought process. it gets terribly boring.

I made a card EXACTLY based on this fact.
"it's always something" it's perfect for so many, many days. I hand drew the type so that it was wobbily and yet tidy at the same time. The way it always feels for me.

wobbily yet tidy. hum I might have to use that as a new tag line.

and because I'm not above shamelessly plugging myself here is the link.

I think you shouldn't shut the door on pot. I mean, you may have 14 problems, but who gives a shit! You're high! Yeah, baby!

You mean, you thought of all this stuff sober. Deep!
Janna

you're a brilliant writer.

I love it. I feel the same. No matter what 14 MOTHER FUCKIN problems! Smokin pot doesn't help either. It just gives you the problem of too lazy to fix the original 14 problems and now have the problem of munchies and being bloated and can't fit into your jeans now. See... the problems suck but smokin DOES make you forget all of em! I say chief up! Or make brownies like the rest of the suburban moms :)

gretchen from that lifenut blog said...

I am going to lie in bed tonight, cataloging my 14 problems.

It might help me fall asleep, cuddling them. Yep, they're mine and I too like it that way.

Thank you all for your kind comments :) I pretty much want to gobble you all up, I love you so.

But if this is my mind on nothing, imagine what I am like stoned? Let me tell you: I cannot talk. Or if I do it has to be in a foreign language, a mix of French and Spanish and Italian, none of which I speak fluently. It's not pretty. I have never tried writing stoned. Perhaps it would have to be a mix of Braille and Morse code?

A friend recently turned me onto your blog, and I'd just like to say I find it sincerely delightful.

And I love LOVE this sentence:

"But this much I get: in life there exists math, numbers and slices of light, fractals, and that all of it--math and trees and music and me--all of it is somehow connected to beauty."

Thanks for adding something to my day.

this is genius. and krista- i LOVE that Jayz song

double dipping, but just wanted you to know I gave you a little award on my blog today! :)

thank you for this reminder! how true... amazing the problems i thought i had as a wee one... i have a feeling that my own little 14 will continue to get harder as the years go on... better to relax in the now :)

Press Your Luck used ta be my fave game show.

And for the record? I think Money could buy Happiness. I'd like to give it a shot.

"Before you get all anonymous on me." LOL.