In and Out of the Garden of Tomoots

Ladies and Gentlemen of the www, once again, I present the literary stylings of my dad: 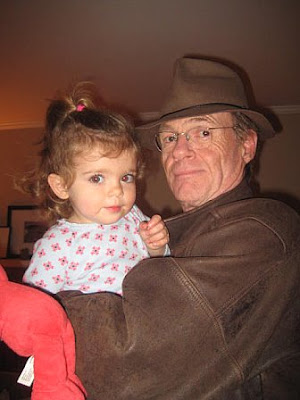 I was born rich. There was nothing I could do about it, so get over it. If it makes you feel any better, I am not rich TODAY. Today, I only want to glance at a moment of how it was back THEN … ... back to the long-gone gardens of Tomoots. Of sweeping green lawns, old trees and, best of all, a path through high hedges holding a maze of formal flower gardens of delicate color, home to butterflies and bunny rabbits, almost tame to the touch.

Tomoots, the gardener, lived over the garage with his wife, Therese, of gold teeth and big breasts in black. When I was four, maybe five years old, Therese would often pinch my cheeks with butter-greased hands and press me between her big breasts smelling of garlic and her almost-famous home baked bread. I sort of liked it but not for too long. A far greater attraction for me and my big brother, Fafu, age six, was Tomoots’s trick with an armpit. Dark and ropey in a sweat-wet strap T shirt, Tomoots would cup his hand under an armpit and pump out some mighty fine armpit farts. Now that was a trick you could take to the bank.

It was on a warm summer day in the maze of formal flower gardens that Fafu and I were practicing our armpit farts, dressed, no doubt, in matching Brooks Brothers caps, initials embroidered on white shirts and gray flannel shorts for young gentlemen. Now I can tell you for a fact, this sort of fart does not come easily to skinny little boys pumping hairless pits poofing talcum powder.

It was then that we heard the resonate blap of a mature armpit. Sitting in the open doorway of his tool shed behind the garage, Tomoots waved us over. …. And right there, whoa, whadiya' know and would ya' believe, Tomoots had a large wood rat in a HavaHeart trap at his feet. The steel cage featured a spring door that slammed shut once the bait was touched, the animal safely inside. I tell you, Fafu and I were thrilled. We loved wild animals and this was as close as we’d ever been to a real-live wild animal. So, excited, my big brother was already planning outloud where and how we would build a house for Mister Woodrat.

The wood rat was not so excited. Still and soft. Brown eyes rimmed in red knowing nothing known by name, he looked up at me, then up to Therese lowering her almost famous, home-baked bread from the second story window. You can imagine for a little boy, fresh bread and a new pet is hard to beat. Therese then lowered a kettle, maybe cocoa, the lid dancing hot on top. I ate some bread and stared some more at the wood rat. The bread was still warm and so good. I was learning to share at the time, so I broke off a piece, unsure how but ready to bend down and offer a bite to my new animal friend.

Tomoots stepped in front of me with the kettle. He was laughing as he poured the boiling water onto the rat that screeched immediate pain and panic bouncing in a tight brown ball around the HavaHeart trap. The epileptic clanging cage bucked and hopped toward me. Tomoots roared louder with delight as did Therese laughing gold teeth from the second story window. Laughter competed with shrill shrieks of pain, sounding like broken glass against metal, followed by louder howls of laughter. The cage clanged and bucked with the fur pinball of boiling rat until it was still. The steaming water made a hollow sound against the carcass smelling musty like wet flannel. Slack-jawed in my matching Brooks Brother outfit for young gentleman, I felt the bread inside my mouth, wet and dead.

TODAY, a doctor pours poison into the veins of my big brother, Fafu and nobody is laughing. Today, I want the poison to boil away the cancer cells in Fafu so that my big brother will live.

Why do I tell you this story and what does it matter? I don’t know.

Wow, that was a rough lesson to learn.

Oh, and best wishes to your brother for a full recovery he sounds like a wonderfully fascinating person.

I don't know either...but you truly are a gifted writer. Prayers for your brother.

holy cow. that was intense. felt like i was there with you...

i think this is the best thing i've read on a blog. you are an amazing writer. that opening is GENIUS. i was immediately hooked and endeared. wonderful. and it does matter. stories matter, our lives and their stories matter. i have to believe this, i am a writer.
thank you for writing this and sharing it here.
what wonderful, wonderful names your family has, as well.

you are a genius. period.

Ok. I am going to take a stab at answering the question of why you tell us that story and what it means to your brother. Do I think I have an answer because I had chemicals injected in to my veins, that, YES, did kill my cancer? Maybe.
Here goes: It's hard to imagine that those chemicals being poured in to your brother's veins are supposed to help him. Everything tells you that it's wrong. It's wrong to put chemicals in to your body and call it therapy. It's an oxymoron. Just as pouring boiling water over a living, warm creature could be right. Yet those people who you had such trust and love in did just that (and probably felt right about doing it, for the greater good of your home?), so you have to trust and love and hope that the 'therapy' your brother is getting is right and good and just might save his life no matter how much it hurts him (which it will. I wouldn't lie about that).
Or maybe that's over thinking it. Maybe you just like the image of chemotherapy doing to your brother what the boiling water did to the rat. Cancer begone. I surely hope so. Another time I wish I had been raised with religion (without all the controlling freaky stuff that goes along with it of course).
Xo
Rosalie

To Susannah's readers, thank you for your kind words .... and to Maggie May who reminds me that stories do matter .... and to Rosalie who touches my heart.

dad is amazing. I see where Suzannah gets her brilliant, imaginative writing skills.