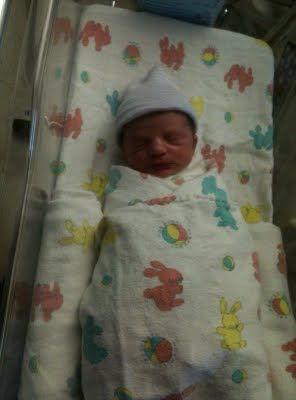 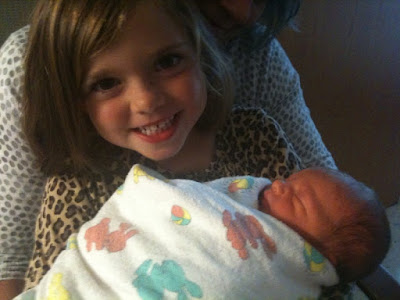 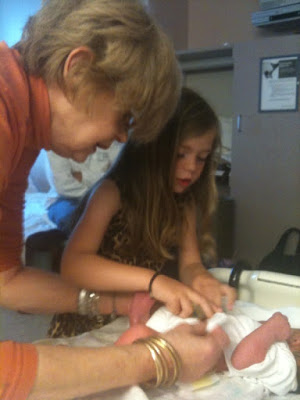 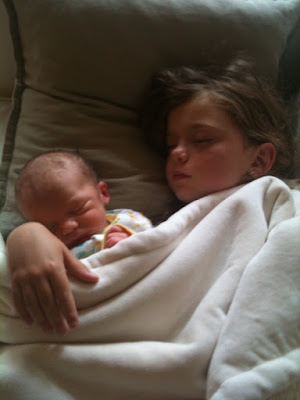 Congratulations! Love his name and Zoey is looking as beautiful as ever!

WooHoo! Congratulations and welcome to little Ozzy man! He's fantastic! We missed you and your posts, of course, but you've been a little busy, obv. Good luck with the move and the sleepless nights ahead!

He's gorgeous. Well done! Just when one thought Zoey couldn't get more beautiful, behold her face when gazing upon her baby brother.
We've missed you.

As much as I enjoyed Prince's face, I am super happy to see OZZY!!!
Congratulations to pregnancy being over, savor all that sweet baby head snugglyness!!!

His name is awesome and that pic of he & Zoey sleeping is the sweetest sibling pic I have seen. I am thrilled for you...congrats!

OMG I was wondering where you were! Congratulations he is beautiful! Hope all is going well and we miss you here in blog land <3

Just happened to check on over here and look what I found. Congrats! My b-day was yesterday which is to say OAM joins the ranks of slammin' Geminis. Try to take it easy though I don't see how you can, what with the whole Woosh and all.

Congratulations on the new addition to the family. Love the picture of Zoey and Ozzy!

Hello beautiful Ozzy! He is just too sweet. Congrats to you and the whole family! And hugs to big sister Z. Looks like she has everything under control.

Good times! So very happy for you all, thanks for sharing with us. Hope your abdominals recover soon.

Yay!!! Congratulations! This is SO exciting. He looks like a little champ and Zoey looks beautiful and so grown up. Glad to hear all is well!

both kids are adorable. congratulations to you & your family!

Congratulations! He and Zoey are both darling!

YEAH! Congratulations....and I LOVE the name OZZY. The happiness on Zoey's face should be bottled up ~ so perfect in every way.

Congrats! Love the name. He and Zoey are just so sweet together!

Love to you all, he's perfect.

(And good luck with the move!)

OH SUSANNAH...
So very happy for you!
That pic. of Zoey and Ozzy sleeping...priceless!
So glad that you are back amongst the living, even if it is with only one eye open. Your life will forever be changed and your heart will never be the same size again, because right now it is bursting with so much love!
A new house too? In 3 weeks? Girl, you have a lot going on, all at once! Try to rest up as much as you can, cause it sounds like your life just hit warp speed.
So happy you are posting again...YAY!

Fabulous name! He is so adorable and Zoey looks like a very proud big sis! Congrats to you all! xxoo :)

Eeek, so excited for you guys!! Ozzy is all kinds of adorable and that picture of Ozzy and Zoey sleeping is cuteness overload!

Good luck with the move and I hope you are healing rapidly!

Congratulations!! So happy to hear (and see) about the new little man. Welcome back!

oh my stars in heaven.
I am so so happy for you -- all of you.
Welcome to the world precious Ozzy; you picked a very special momma.

Congrats! I do so wish new baby smell--the good kind, not the spoiled milk and poop kind--could be pressed into a piece of cardboard and hung from my dashboard like pine tree scent.

In a world that seems so full of tragedy these days, it is so wonderful to see why we go on...The Ozzy baby, and Zoey...the new house..the continuity of life.
Congratulations.

Awwww. My daughter was 5 when my son was born. It's such a great spread. They're good friends 5 years later. She loves him to pieces & the other way around. :) Congrats!

Congrats! Glad everything went well for you and you are settling in. Love the pics!

These photos are so wonderful, but holy smokes that last one completely does me in. What a beautiful family - congratulations! : )

Congratulations! I have a baby boy that is 12 weeks old and my daughter is 5. The age difference is working out great. My daughter thinks she is the baby's second Mommy. I have discovered that little boys are just the cutest, sweetest things ever ever ever!

we've missed you around here, and can't wait to hear more details about your new little man and all of the stories & adventures to come!

biggest congrats and much love! XOXO!