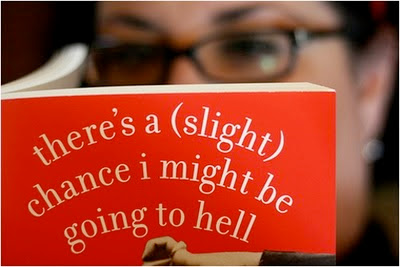 So I have this idea. And either it's genius or it's racist/classist, plus possibly dangerous and downright immoral. (The best ideas often teeter between such seeming polarities.)

The other day I got stuck at a red light in front of Home Depot, and as I sat there waiting for the light to change, approximately 12 men ran up to my car. Not one to be alarmed by such things, I turned up the radio, because nothing says no thanks like a louder Lady Gaga. Rah rah, ah ah ah, roma roma ma, gaga oh la la. Around the corner there were 20 more guys, another crowd under a thicket of trees, maybe 60 men total. They were everywhere, day laborers wearing baseball caps and work boots in the sun, thumbs hooked through the belt loops on their jeans, waiting. This was at 3pm, and I wondered if these were the guys who didn't get picked that morning for one reason or another. Too slow, too skinny, too little for too many.

How much do they get paid? I asked Bryan when I got home because Google wouldn't tell me in so many words. $10, maybe $15 bucks an hour, he said. Now I am not here to wax Palinthropic on the issue of immigration reform, mainly because I am quite comfortable leaning way to the left while flipping through the latest Us Weekly, but I am all for human rights. And massages. Which is why I wondered why I don't hire one of these guys to give me a massage. Nothing unseemly, mind you. All very above the belt, but a one hour massage for $15? $20 with tip? Who cares that they have (most likely) not graduated from massage school? Or medical school for that matter? Because I also had the idea of hiring a guy once a week as my therapist. Just someone to talk to, nothing prescribed. Me and a day laborer under one of those trees by Home Depot talking about my problems next to the freeway off-ramp like that. $20/hour just for hearing me out.

Other possible uses: someone to make decisions for me (just tell me: yes or no? A thinking person's Magic 8 Ball, outlook not so good), or someone just to hang out with when all my friends are busy but I don't feel like being alone.

Like I said, there is a (slight) chance I might be going to Hell, but you have to know that I realize these men are people. With families, with lives, that maybe there is not enough money in the world to make them go see Step Up in 3D with me, that there is a very real chance they don't want to work out the knots in my shoulders. But in many ways it seems like a win/win. They get paid for their time without having to do any back-breaking labor, and I get a massage that I could almost afford right now.

You know I love you, adore you and you are one of my most dear friends in the world.
That is why I am leaving this one alone....

I really think you are on to something here.

My ex-husband (duh!) is a pain pill addict who has done day labor in the years since our divorce. He is very good looking but you would NOT want him to massage you. He would just push on your scapula bones a few times and then say his fingers are tired.

Actually, you might be surprised by who some of these workers were in their countries! I know a woman from a country south of the border who's husband was a pretty prominate healthcare worker in his town but got paid with what ever the patient had to offer. He's here now & can only get work as a day laborer. So...it's very possible that you may come across a massage therapist at the Home Depot! I LOVE reading you!!

You might be surprised by who you find at a Day Labor place! I knew a woman who's husband was a healthcare worker in their country south of the border and got paid with whatever the patient had to offer. They are now here and he can only find work as a day laborer. So...it's quite possible that you may find a massage therapist at the Home Depot stop light!

I've often hoped to see ladies hanging around home depot - i would gladly pay 10 bucks an hour occasionally to do my ironing or organize my pantry, you know?

I definitely think that you are onto something here. I mean everyone is looking for work, so why not, eh? Seriously, I have often wanted someone to come and change the furnace filter, or do some of-forgotten painting on the porch. Nothing too back breaking. Odd jobs completed by people who need work. I, too have wanted someone to do ironing and clean out the pantry, wash down the cabinets, etc...when I don't have time or exactly feel like it. Maybe you should start your own company subbing these people out. "Man for Hire" or ???, I'm sure you could come up with some great name. "Massage for $20" - the possibilities are endless! Happy Weekend and here's hoping the massage works out!

@Michelle, I have wonderdered this for months:

When you type "OH SUSANNAH," are you singing the "banjo on my knee" song?

Well, there are definitely easier ways to go to hell, but in your case I think you might be on to something... In Costa Rica where I am from, somebody had the great idea to open a company called "husbands for rent" and basically it's electricians, plumbers or just handy mans that will come and do your house work or just whatever your husband is been procrastinating about (dunno if "other chores" apply, LOL), or if maybe you don't even have a man in the house to do them... So instead of house work, is more like body work... I know you are good at heart (been reading you for a while and I love your blog).

YES, YES, YES...I am saying it because of the "banjo on your knee" song. My Mother is from a small Kentucky town and we grew up and were raised in a home where Stephen Foster wrote part of his "My Old Kentucky Home" there. Plaque on the wall and registered with the Historical Society & all that kinda house! So, when I first started reading this blog...SUSANNAH is the "first" SUSANNAH I have ever met, heard of besides "Stephen's Susannah", so everytime I go to comment that song pops into my head...hence OH SUSANNAH! I still think that you are onto something here. Love the HUSBANDS for RENT idea...

my then teenage son traveled on his first trip (without parents) to see his just-moved girlfriend and her parents in San Francisco. Somewhere in that city by the bay my teenage son said he would give begging homeless man $$ but homeless man would first need to do a trick to "earn" it.
This is a firstborn son who was basically given everything on a silver platter...but that's another comment.

@Michelle, I KNEW IT! My grandpa used to sing that song ♥ and I think of it sometimes when I read this blog too. :)