The Story of That Time 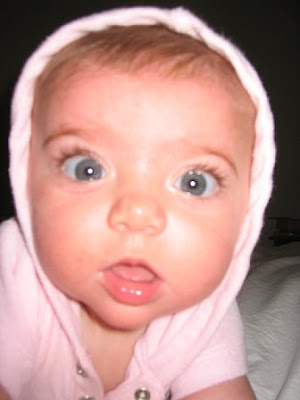 Did I ever tell you about the time I thought Zoey had cancer? No? Are you sure? 'Cause I think you might remember if I had. It was the time I shit my pants quite literally at the hospital and stayed the night there just like that because what did it matter if I had shit smeared along the back of my jeans when my child might be dying.

I'm not even kidding here even though the bit about the shit might make it comical. Even I see that. It happened when Zoey was 5 months old. I had just gone back to work and felt horribly tragically terrible about leaving her in daycare. Then one day her daycare called and said she had a strange rash, a bruised looking thing all over her legs and arms. And it was my fault, I knew, for leaving her somehow. It was my fault and I drove to her daycare and saw the rash and it was strange and my fault, I knew that. I called the advice nurse who asked if the markings blanched when I pushed on them, so I sat there pushing my finger into the butter of Zoey's legs as if I were frantically making a phone call. No one answered and the rash did not blanch so the nurse told me to come in right away.

Maybe I told you about how I drove across the bridge at 75mph? About how Zoey's eyes were drooping heavy with sleep and sick there in her car seat so I kept screaming a high-pitched terrified scream because I was afraid of her falling asleep? No? Then did I tell you about how later the doctor said they were going to admit her into the hospital and run some bloodwork to look at her white cell count. And me being me--I knew just enough about medical matters to ask if, I don't know, god, I mean, what? It's not like she has cancer. Right? And the doctor, he said I don't know, but that's what we want to rule out, as if this were a perfectly acceptable answer in a perfectly practical situation, as if all of it made sense when nothing did and the air was suddenly devoid of oxygen. 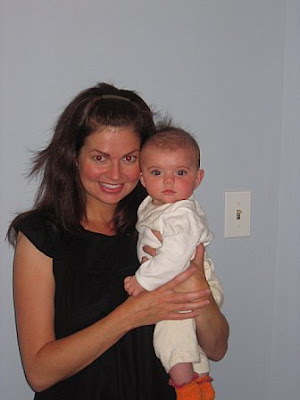 But I did just tell you how I shit my pants. Surely you did not forget that detail. Because when the doctor said those words and the nurse looked at me like that, somehow both sorry and detached at the very same time, when all of this happened and the world shifted I somehow knew that down the street a stranger had the gall to order a foot long MeatLover's sandwich from Subway as if nothing had happened and yet I could not feel my hands; I could not breathe. There was Zoey grumpy on the crinkly exam table and I ran to the bathroom, fight or flight. I shit so I could fight, that's what a mother does, right? Has terrible diarrhea in the hospital restroom knowing then that it's not all her fault, that she has nothing to do with this anyway? That please and god and I promise and no mean nothing to white blood cells? 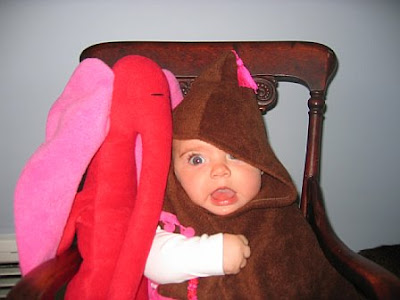 When I called Bryan I asked him to bring me a change of clothes but of course he forgot, going at his own 75mph to get to our new world of ruling out. And then the nurses came in to insert an IV into Zoey's hand, first one then another, soon the whole nurses station gathered around because no one could get the fucking needle into my baby's vein and she was screaming crying confused and scared while three adults held her down. I smelled like shit and held on to that--it was real, I stank and nothing else was.

Of course you know the ending to this story, even if I never told you before. You read this blog so you know: Zoey was fine, is fine. At 4am a nurse came in to tell us that Zoey's bloodwork had come back fine, that the bruises that would not blanch was just one of those things! One of life's mysteries, like why the ocean is blue or what happens to all those missing socks! And we were released to the joy of the hospital staff who probably didn't want to smell me any longer. A week later I craved Subway and got a 6 inch Veggie; now this is just a story of that time I thought Zoey had cancer and shit my pants. I'm surprised I hadn't told you before. 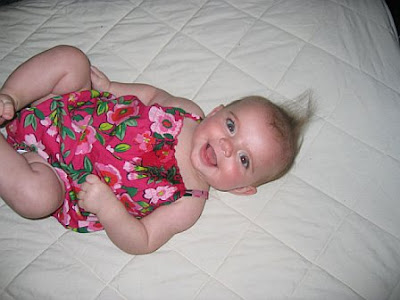 But the thing that gets me, really truly makes me feel that same void of oxygen, is that this is not the ending for so many families. That maybe another mother did that same 75mph drive to the hospital, maybe she also shit her pants when the nurse looked at her both with sympathy and detachment, but because of what came next hers is not a story to laugh at. Hers is a story to avoid. To read or to hear and then to shake off with a shiver. To retell and discuss not knowing the words. god. can you imagine? ...sentences that drop off, big sighs and, i mean, just god, right? jesus.

I don't know why we were so lucky, why we continue to be so. Much like the parents of those not so lucky don't know why they have no control, either. The ocean is blue because of the absorption of wavelengths; because it reflects the sky. Who gets cancer and who doesn't: that is the big mystery. And children's cancer? That's a mystery wrapped in a riddle wrapped in a fuck. Who cares what happens to missing socks?

Last week an anonymous commenter heckled me about philanthropy: volunteering, etc. And let me just be clear: I still think that anonymous commenter is a bully jackass buttfart. But the whole thing made me think about what is important to me outside of my family. And what I can do about it. Already I donate money when I can to the Children's Cancer Association, and it is my hope that if you can you will think about donating, too. Or any of the various organizations that support research and help families who are dealing with childhood cancers. Anonymous--if you are reading--you are more than welcome to donate money in my name :)

This reminded me of my 4 month old niece who was air-lifted to Egelston in Atlanta because her heart beat was so fast the doctor felt she maybe going into cardiac arrest. 5 days of numerous tests, horrible screams and sadness, we learned she had SVT. Two years of daily meds, constant stethoscope listens, and heart-stopping worry everytime she became the least bit upset - she 'grew out of it', but as you know, there is nothing more humbling and life-shattering than the thought of losing a baby or having one who suffers. Yes, donations to these incredible children's hospitals is a must...just like loving every moment we are lucky enough to share with these little loves is the greatest give of all - one we obviously do not take lightly.

My story is the latter. My son was diagnosed with acute lymphoblastic leukemia when he was two years, two months and 9 days old. He had an ear infection (the first of his life) that would not go away.

The story ends well - my son is now 14 years old and after 38 months of chemotherapy (yes you read that right)he is cancer free and an enthusiastic teenager.

Anon Luanne--I am so sorry you and your family got a different story, that you had to go through that. I felt a rush in my body when I read your comment, and then another rush of relief when I heard your son is now healthy.

Short of the web sites I referenced, is there anything else one can do to help research, treat and cure childhood cancers?

Oh Susannah...
I started reading your post and was walking back and forth to hollar at my kids to lie down and go to sleep (nap time) and then I kept reading...I sat here crying at how frustratig at times Motherhood can be, but that we must also keep things in perspective. I am so glad that your Zoey is ok, and that Anonymous Luanne's son is ok. These types of stories seem to be absorbed into my being and exude from my pores. We had a similar incident with my now 2 1/2 yr. old twin daughter that landed her in the hospital for 9 days when she was only 5 wks old. Your story brought that same rush of emotion and feelings back immediately. She is ok now, Thank Goodness. The only charity that I continually support is St. Jude. For our children need that support and research.

Add me to the list of people who has had a similar incident. Blood in the stool, accompanied by a 106 degree temp, totally unexplained and completely resolved but not without the literal shit in the pants moment.

Fuck whoever got on their high horse and left you that nasty comment. It's a long way down from way up there.

Oh man. This was amazingly writ. I felt the fear to a degree I don't care to repeat. Ever.

Your story was so well written. Amazing.

Ever since I've had my 2 boys I've been terrified of them getting something horrible such as cancer. We have been so blessed with their good health. But ever since, we've been such a huge supporter of children's health organizations. I can not imagine what those children and parents go through. God bless them.

Wow. Philanthropy is very important in our house, too. Thanks for making me aware of these important organizations!

You are such an amazing writer. When you do write your book, I will be right there in line with the rest of your devoted readers. This was a wonderful post - you are so good at getting at those feelings that we all feel.
Also... thanks so much for stopping by my little blog the other day. It was fun to see your name in the comment section.... I saw that and I thought, 'one of my favorite bloggers read my post!' :-)

Thanks for this. One of the best benefits of the blogging community is the support that comes rushing in when needed. So glad that in your daughter's case it was a false alarm.

I would have shit my pants too - completely. I'm so glad she is well

and the anon commenter...kiss my shitty stinky ass

I can't seem to make the words come out right, but I'm so glad Z is okay. You took me right there, which is a terrifying place to be.

OK that must've been so unbelieveably scary. I don't even want to imagine. I'm so happy that Luanne's son is OK, too. I don't often read through others' comments, but that one got me.