Before I begin speaking, there is something I would like to say: There are no absolutes. I am a firm believer in optimism, because without optimism, what else is there?And lastly, does this sentence remind you of a turtle struggling on its back? 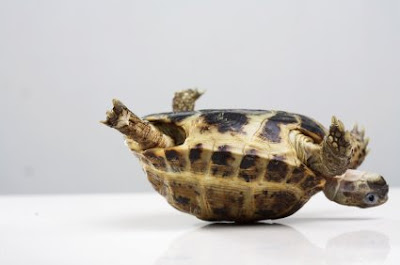 Maybe a little more time. ... Yeah, me neither. Yesterday I had an interview. Not just any interview, mind you, but the MOST AWKWARDEST INTERVIEW WITHOUT EXPOSING A BREAST OR FARTING EVER. It was a second interview. The first one went well, and I was asked to come back and speak with the founder/owner/CEO man. A man named Lou. A nice man. A nice man named Lou who proceeded to tell me that the company I used to work for ripped him off, that the company I used to work for is unethical and bad, a bad, bad place and how could I have worked there and am I bad, I must be bad, how could I not be bad, am I bad? Who's bad? And then he took a phone call while I sat there wondering if the interview wouldn't go better if I did fart. You know, just to take the focus off the stench of my previous work experience.
Epimenides was a Cretan who made one immortal statement: all Cretans are liars. It is commonly supposed that self-referential paradox arises when one considers whether Epimenides spoke the truth. However, if Epimenides knew of one Cretan (other than himself) who is not a liar, his statement is a lie (because he asserts all) even though it correctly describes the speaker as a liar. Who's on first? I don't know, but Lou the nice man boss guy essentially asked me if I am unethical, if I am a liar. And I said no. And then we shook hands and I descended up Escher's staircase, on a road to nowhere, let's take a ride, the end is nothing, am I bad? Who's bad, and I have the urge to grab my crotch and shriek ee-hee-heee! (That was a Michael Jackson reference in case this is getting a might bit too oblique.) (Also Michael Jackson-y? The very term self-referential paradox makes me think of inappropriate touching, one glittery glove, things that make no sense, like a nose that looks more like an ear on a man that is a boy that is neither black nor white nor green all over.) WTF turtle? I don't know. I just. Yeah. So I came home and let Zoey do my makeup because that made sense. Because that is beautiful. Because that is the truth. 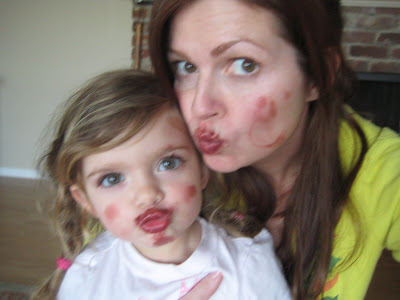 Wow. That guy sounds like a dick. I'm sorry he almost ruined your day. Don't worry, we all think you're not only ethical and good, but also totally awesome.

I don't understand those people. The ones who pass along the bad, as though by doing so they've shed themselves of it. Do they not reap their own perpetuation? Because I do, I know that. When I attempt to rid myself of pain by offloading it on another, it multiplies and then there's enough for me and the person I'm attempting to poke and prod and poop on.

Better to do as you did, to go home and be beautified by Zoey. Now you're both even more beautiful than you were when your day began.

Also? I am crazy envious of your eyebrows.

I think you should've farted. ;)

Not related but... Your eyebrows are amazing. I am in complete envy of them.

Of this we know to be truths:
A) Shoulda farted.
B) The Big MF'ing bully will probably call you with an offer
C) You have the most bested eyebrows EVAH!

Um. I may be wrong, but I think they call that job discrimination. I think you dodged a bullet - imagine if you ended up working for this Lou-n Bag? Who's the Cretin in this scenario? I think we all know.

Not to avoid the awkwardest interview eva, but that is the sweetest photo of you and your daughter.

Consider yourself lucky crazy Lou gave you a glimpse into the environment you could be working in.

I said it once before, and I'll say it again, only slightly differently this time- JERKWAD.

Oh, wow.
Thank GOD this guy revealed his true colors in the interview.
What if you had started working for this ridorkulous little man (is he little? I picture him as this tiny little twerp of a man) and much later found out what a dweeb he is!
Dodged that bullet...

i'm afraid of having your experience in my future. i'm sure it's ahead of me if i get a job in the same town. i'm not looking forward to that conversation. i hope everything turns out okay for you though...strange. why are people so strange?

interviews with people who have already made up their mind about you=the worst. sorry dude. at least you got a super fresh makeover out of the deal.

i think we all should be weary of guys named Lou anyway. i've never met anyone who had a good experience with a Lou.

love the make over BTW.

I read this post early this morning and have been thinking about it on and off all afternoon. Here's what I think:

I know you need a job, but I'm surprised you didn't put this ass in his place. How unprofessional of him. To bad he isn't stable enough to have already worked through his issues with this company. Since this was your second interview, I think he called you back just to take his frustrations out on you. Please tell me you would never consider working for this jerk (that is, if they offer you the job).

Keep in mind that many people lead pathetic lives and therefore take great pleasure in hurting others. I think this guy qualifies as such. I don't know you other than from your blog, but I think (I know) you are a much better person than this butt head. Keep that chin up girl, and that smile big!

This may be an unpopular opinion, but however weird the interview was - you never know. I am wondering if Lou got burned by your most recent company or the "one who sucked you through a slurpee straw, etc..." (excuse my incorrect/incomplete paraphrasing)
It is a fair assumption that Lou does not have the writing talent, or loyal blog following you have and therefore he could not work out his ex-company demons in a better way (as you already did). He could be a good person who was just burned and nervous. You two could be laughing about the fools over at ex-company in a few weeks. (that is just my optimistic spin, my dear!)

the whole Epimenides thing made my head spin around but you two... are the cutest things ever.

I once went on a very awkward first date where my date proceeded to excuse himself to say hello to a table across the room. He left me sitting there for 15+ minutes, the bill was left [dessert]...I paid it because I felt bad...he proceeded to flirt with the other table if I remember correctly, and not introduce me on the way out.

yah...I forgot about that till just now.

I dated that F&cker for a year +. I should have known better by that first date. Alas, sometimes you take the attention you can get.

so here's to a year and a half of dating the wrong guy [or job] to get you through.

All weirdness aside, any person who takes a phone call during an interview you shouldn't work for. That's so unprofessional and disrepectful. Don't go there. This guy wouldn't even have smelled your barking spider, since he's so obviously stinky himself!

oh dear. that makeup is so awesome and the expressions so great.

i'm sorry about the Dick. what a shrimp.

Dude, you should've just excused yourself, lifted up your right cheek, and farted. How completely awkward?!! And who takes a phone call during an interview? That's BAD.

Get this: last night I got an email saying Lou really liked me. Now they want my references to go to the next step.

Could it be that Robin called it? Good on her, good for you.

I mean, he could totally be one of "those" people, you know. There's lots and lots and lots of 'em and bless them to bits but they haven't a clue. Means well but stomps the crap out of your toe while thinking they're dancing on air.

I hope it works, for you. Take a good, close look around at the people if you go there again. Their body language, the way they look at you, at each other. Maybe even screw up the courage to ask something like "Wow, I'm so complimented that you would consider me further, given how thoroughly you were jacked by my old boss. Thank you." And see what happens.

hahaha...vanessa called him a dick.

eee-hoooooo! (did that sound like michael jackson? because typing it out made it seem like i was trying to convey a sneeze or something disney.

you should have told him you were a liar, then repeated his name softly with a slight dawn of recognition. then we he asked you more questions you could have just started laughing uncontrollably. you know, the kind where you can't talk and tears come down.

hmmm...maybe not a good idea for job interview etiquette but it probably would have been fun.